Ever wondered what makes Western vs Japanese style arrangements different?

3 key differences between Western and Japanese style flower arrangements are:

In May 2018, I started my personal journey as a Sogetsu ikebana student. Previously I had received two years of formal training in Western style floristry.

Before comparing the key differences of Western vs Japanese style arrangements, let’s first take a look at the elements that actually give form to any floral arrangement.

And then there are also static or dynamic lines. For example you find in nature branches or stems are not dead straight.

They can be curved due to the natural make-up of the plant (like twisted willow or contorted hazel). Or the line direction can be caused by how the plant grows towards the direction of the sun (as you can observe from the image of pink azaleas below).

Secondly line in floral design establishes the structural framework of the design. For instance, an arrangement can be horizontal (wide) and vertical (tall). Symmetrical or asymmetrical.

Form in floral design relates to the contour of individual components as well as the overall arrangement. For example, a dahlia has a round form.

Form can also refer to the width, height and depth of an arrangement.

Colour relates to how the eye responds to light waves.

In floral design, colour is an element that can inspire different emotions in a viewer. For instance warm colours such as red, orange and yellow tend to look more forward, more dynamic. 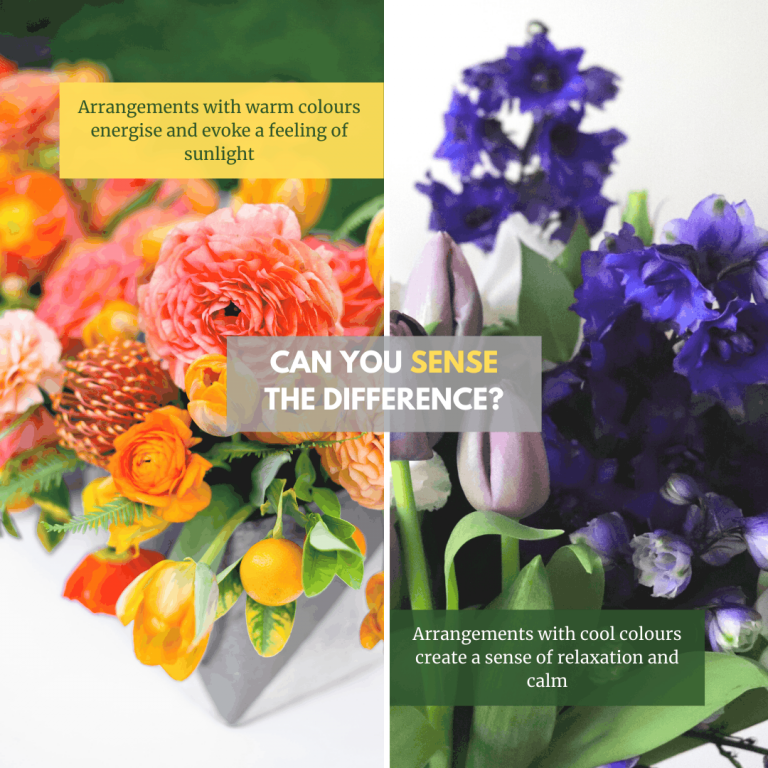 Texture in floral design relates to the visual as well as actual feel of the materials. For example textures can be smooth like a rose petal or even velvety like dusty miller foliage.

Foliage like pittosporum which has many tiny leaves gives a more textured impression compared to a single big leaf like monstera.

You can also use textures to express different floral styles. For example smoother flowers and foliage like tulips, calla lilies, and philodendron leaves are great for modern, contemporary styles. Whereas textured flowers like dahlias, amaranths and delphiniums evoke a romantic feel.

The fifth element of floral design is space. 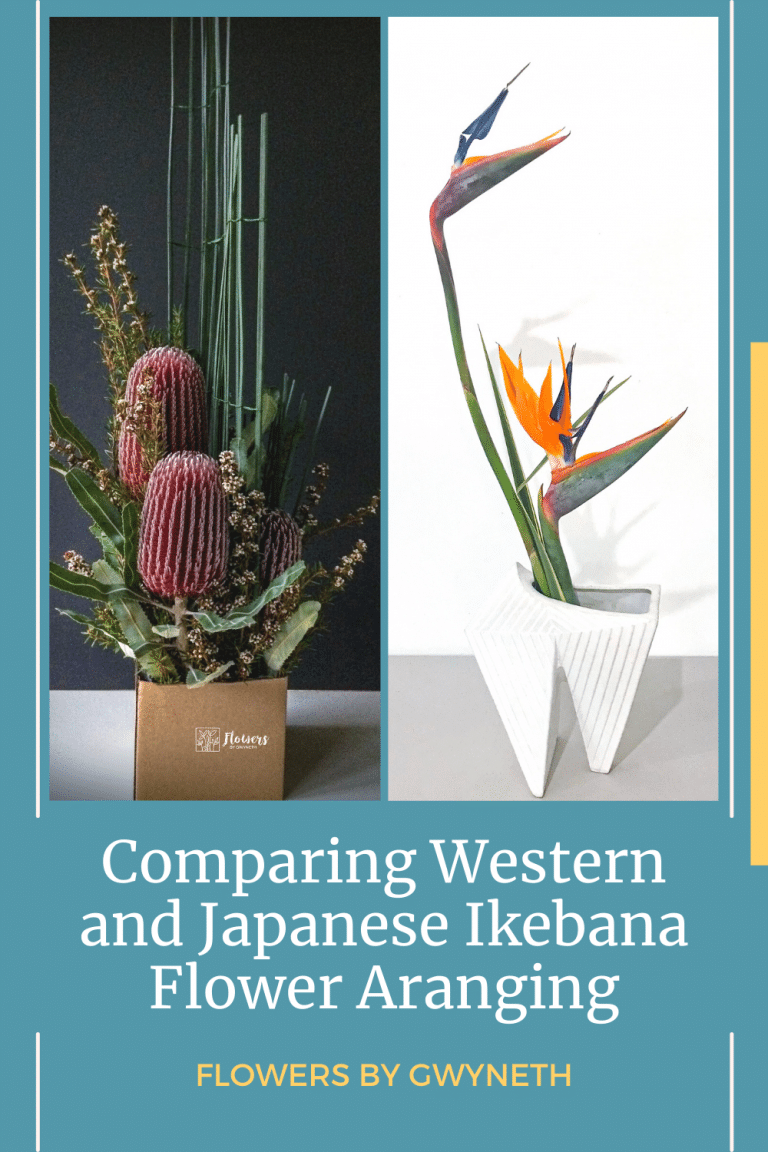 As mentioned earlier there are notable key differences when it comes to Western vs Japanese style arrangements. These include:

In most instances, it’s the focus on line and space that makes an arrangement appear distinctively Japanese-style.

Often in ikebana, the natural characteristics of the materials the artist uses guide the design of the flower arrangement.

Therefore he or she closely observes the line and form of the materials before deciding how to incorporate them in the arrangement.

In ikebana, the process of creation is as important (perhaps even more so for some) as the creation itself.

Because while creating ikebana arrangements, we tune into harmony with nature and enter into a special state of being present in the moment.

While the starting and ending points may be similar for both arranging styles, the process of reaching the final outcome is quite different.

The floral designer does this by placing the materials in such a way as to guide the viewer’s eye through and around the design. The line may not be as pronounced compared to Japanese style arrangements.

In ikebana, line is a key element the artist pays close attention to.

Lines in an ikebana arrangement can be the natural line of branches or floral stems. Sometimes branches or stems are bent or “massaged” to manipulate the line direction.

Furthermore, excessive leaves are removed or branch off-shoots trimmed off to reveal the beauty of a line. It is a case where less is more.

The designer for western arrangements hand usually considers the amount of flowers used. He or she places floral materials closely together. The focus of Western floristry is more on filling spaces (the use of positive space).

On the other hand in ikebana, the artist intentionally creates space by placing floral materials at various positions and angles. This is done so the viewer can appreciate the beauty of each material which has been thoughtfully placed in the arrangement.

An arrangement with “empty” space can also creates a sense of calmness. This stillness is further enhanced when the arrangement is in a suiban (shallow container) where you can see the reflection or shadows of floral materials on the water. 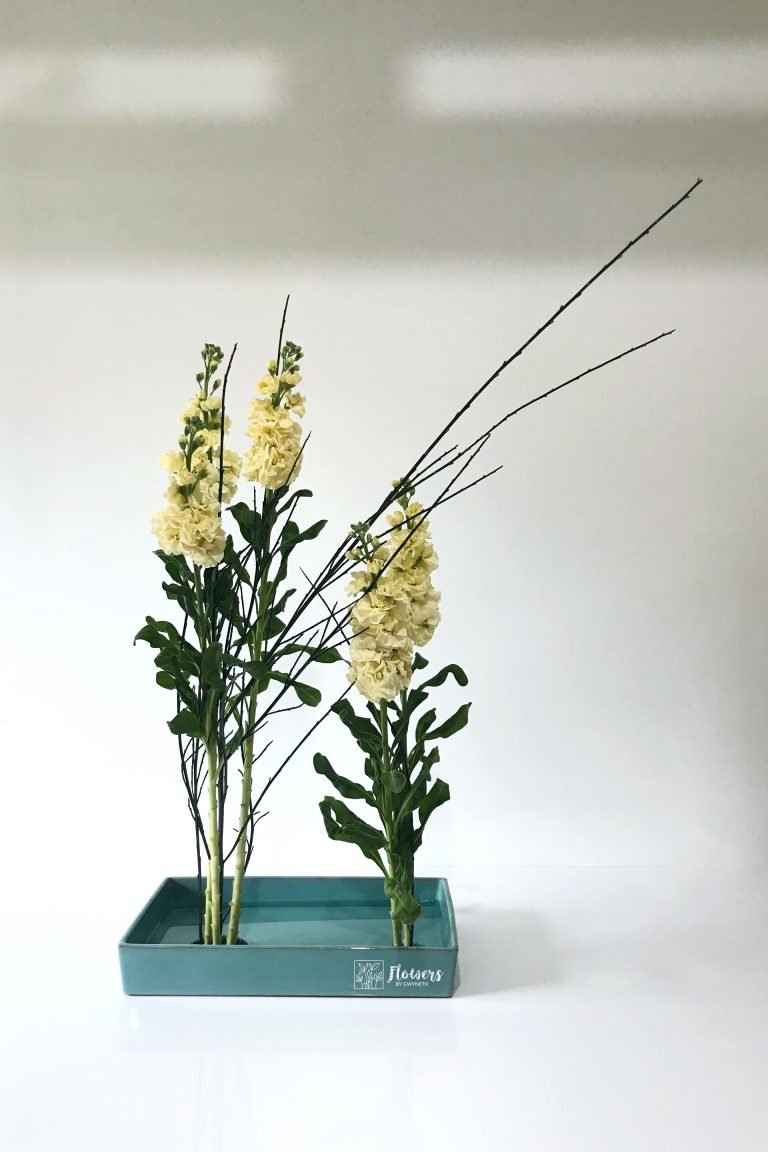 As I’ve mentioned previously, most western arrangements are symmetrical in visual balance.

In contrast, symmetry and equal balance are often avoided in ikebana arrangements because this characteristic is seldom found in nature.

Moreover an odd number of flowers is often used in Japaneses style arrangements.

Studies have shown that arranging with flowers can help you relax and reduce stressful feelings. Ikebana is a great way for you to get in touch with nature while being creative with flowers. No prior training required – just A LOVE OF FLOWERS!

In my FREE GUIDE I share my BEST TIPS (including visuals) to help you GET STARTED.

GET YOUR GUIDE NOW.

Get Your FREE IKEBANA GUIDE

Where should I send it?

I promise to keep your email address safe.

Colour in western arrangement usually pertains to the colours of the flowers used.

However, in ikebana, the colour of container is also carefully considered. It can feature in the arrangement either as contrasting or monochromatic, or in a single tonal range to the colour of the flowers.

So is there an arrangement style you prefer?

I personally find that most people who are drawn to minimalist aesthetics will appreciate the Japanese ikebana flower arrangements.

If you’re interested to learn more about this Japanese style of flower arranging, I discuss how ikebana arrangements help us feel calm in this blog post here.

And also share my experiences about ikebana as a creative hobby that doubles up as an activity that helps with stress relief in another post. 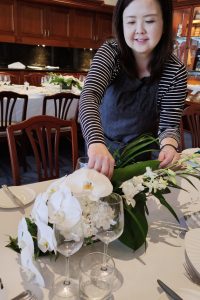 nice to meet you!

I’m a qualified floral designer who is passionate about helping those who love the minimalist aesthetic celebrate their special moments with flowers inspired by nature and ikebana, the Japanese art of floral arranging.

Practical Guide to Ikebana Vases [What Every Beginner Must Know]

Wedding Flowers – How The Process Works

LEARN HOW TO MAKE YOUR FIRST IKEBANA ARRANGEMENT

In my FREE IKEBANA GUIDE, I share my best tips to help you get started! 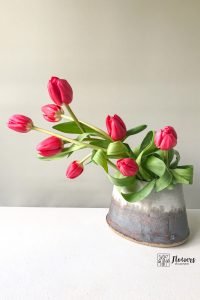 7 Useful Tips to Help Tulips Last Longer in a Vase Can You Recognise the Agapanthus? 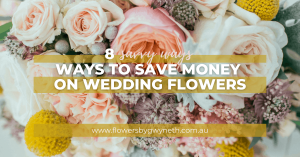 8 Savvy Ways to Save Money on Wedding Flowers

Ikebana is a great way to help you relax and reduce stressful feelings while being creative with flowers. No prior training required – just A LOVE OF FLOWERS!

You can get started at home with my FREE IKEBANA GUIDE!